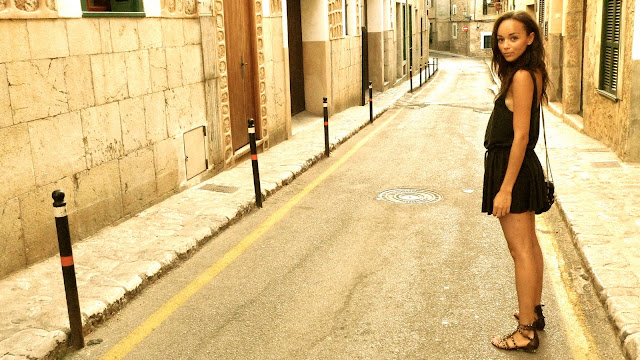 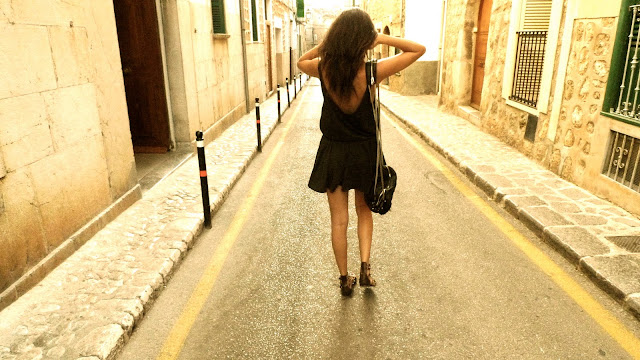 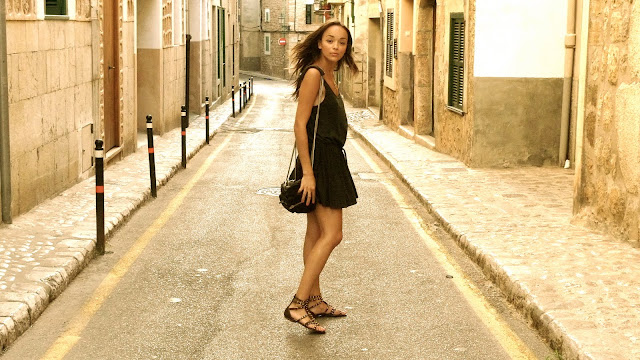 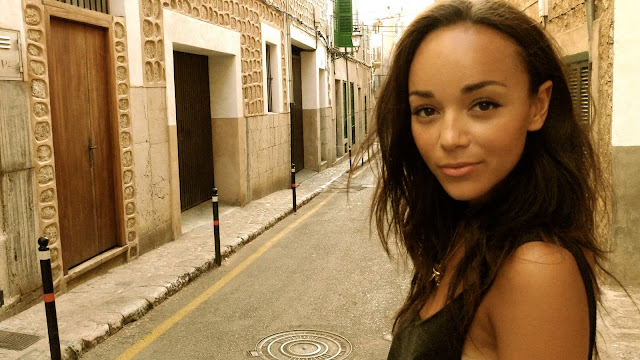 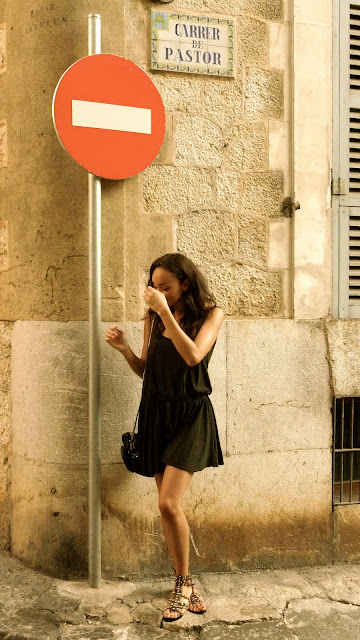 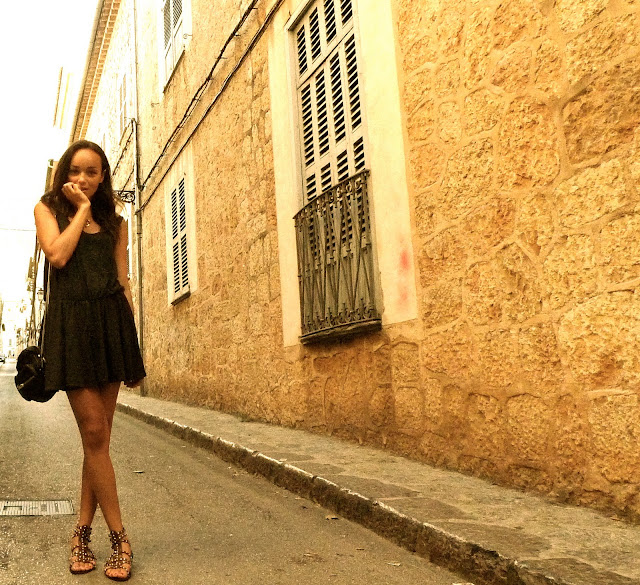 Dress: American Apparel. Gladiator sandals: River Island. Bag Alexander Wang.
This dress is great in hot and sticky weather. I bought it in New York last summer where it is hot and sticky beyond belief during the summer months. The low cut arm holes mean you get a lot of much needed ventilation. I love the slouchy silhouette and drapey material. It's the perfect vacation dress- you can roll it up in a bag and it will never crease.
I loooooooooved being in Mallorca! My only complaint is that it was over too soon. I could have easily spent the entire summer on the island just reading and eating chorizo but we had to return. I start shooting a film tomorrow. It's such a cool project. One of the writers was my cast mate in my first ever acting job. He's also acting in this film and it will be awesome to be working together again all these years later.
I always get really excited about the first day on new film.... it feels like the first day of school. I even pack my bag the night before ;)