For a year (maybe even longer) I have had graphic dreams about the Chloe studded boots. In these dreams me and my Chloe boots live a charmed life where we fill our days skipping down cobbled streets whilst wearing obscene amounts of Chanel....

When I had the chance to buy these boots I hesitated. I questioned the price and the amount I would wear them. Foolish! I would have worn them plenty, I've dreamed about them nearly every day since and that would make the cost per wear price well worth it. A lesson learned: WHEN IT COMES TO SHOPPING HESITATION CAN BE FATAL.
Since that black day when I gave up my chance to own the fabled Chloe boots I have been in search of an alternative. Jeffery Campbell did a good enough version for LF but they sold out in New York before I could get my hands on them. Cut to months later, I'm back in London browsing online for studded boots (I do this a lot) and I find not one but TWO pairs that will do nicely in lieu of the Chloe's. It's always the way isn't it!? You go months without finding what you need and then lots of it comes along at once! This also happened to me in LA right before I left. I went into LF to check if they had the Jeffery Campbell wedges that I'd been hunting down and they not only had them in black, they also had them in cream AND they had another pair of shoes that I had given up hope of ever seeing in the flesh. Here's a little homage to all of those lovely shoes.


The Alexa. Limited edition Jeffery Campbell for LF. I wanted the ACNE version so bad, they were a touch more sleeker and had a higher heel but these were a fraction of the price and were good enough for me.

I found both of those on the day I was leaving LA. My suitcase was so full I had to carry them both in my hand luggage. Totally worth it.


These are from Office and they tick all of my studded boots boxes. I love the metal plate under the heel. The Chloe ones has the exact same thing.

These ones are the Jeffery Campbell ones that sold out in New York, I randomly found them in Urban Outfitters in London. Last pair! I like the density of the studs on these and the fact that they are gold.

I'm not keeping both of the studded boots. I'll take a pair back or sell them on... I haven't decided which ones to keep yet. I'm grateful for any opinions! At the moment I feel like the Office ones give me the roughness of the Chloe boots that I so craved but that the JC ones have that great black and gold thing going for them.

I've been meaning to do a post about my birthday for ages but I've been far too busy watching TV and eating myself silly. Yesterday was the last of the silly eating days. I think.


I'm loving being at home. One of my favourite things to do is browse properties on the internet because I literally cannot wait to live in London. I have a place in LA now and I'll be going back there in Jan but at some point next year I am making London my home again.


I missed my friends so much whilst I've been away and my birthday was the first time we'd all been in the same place at the same time. I picked a cosy pub called The Lansdowne for my birthday festivities. It was freezing outside but the fire and the champagne kept us all warm.

My Zahra. Looking very French. I love the beret and red lips.

Gil. One of three Goldberg boys. I have the best one but the other two aint bad. Gil is working the Gangster look here.

I'm SO excited by the cake. Clapping my hands and all sorts.

My Daren aka Kevin Morosky. My mum calls him her second son. Read his blog here. He takes great pictures on a disposable camera.

At some point in the evening I decided I actually wanted to BE Daren. I took his glasses, his hat and his camera. I found myself HILARIOUS. Everybody else did not.

Cyrena from Garbelle. She made me a gorgeous jacket for my birthday. It's so perfect. Hand made presents rock.

Gemma. She is rocking the bad ass pocahontas look and KILLING it!

Jenni and Stepford. Stepford is called Stepford because she IS a Stepford wife. She bakes whilst wearing a frilly apron and red lipstick. She's my Idol. Jenni is all kinds of awesome :)

Ithai. Another Goldberg boy. I think he wanted to be Daren too.

One of the first things I did when I got to London was take my fur out of storage. I love this coat so much. It cost me 40 pounds from Portobello Market and it's seen me through many winters. (um why is there no pound sign on this computer!?!) I have no idea what fur it is or if it's even real fur. It has been the subject of many a debate. It's super rough and moults like a mutha f**ker... but I love it.

Oscar and I have spent our days hibernating. He takes it very seriously....

He'll even squeeze into a bag if needs be.

I might send that picture to American Apparel. He could easily be a model for them.


This is pretty much my favourite outfit to wear at the moment. A look I like to call: 'Crazy Theatre Dame Chic'.

My darling boy surprised me and bought me the gorgeous heart ring in the above picture. I lusted after it whilst I was in NY. It's an antique from 1880. I adore old rings, actually I adore most old jewellery. This ring made me yearn for it. I went back into the shop so many times and then one day it wasn't there! I was so heart broken.... and then months later my boy gave it to me for my birthday. I have no idea how he managed to keep it a secret for all that time but I'm glad he did.

Dear Santa,
I hope this letter finds you and all the elves well.
I have been an extremely good girl this year so I would like to ask for the following things for christmas: 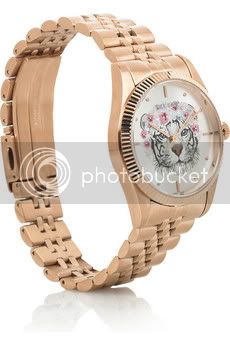 *A vintage kimono. One like this would be wonderful.

*Diptyque Benzoin christmas candle. It wouldn't be christmas without it.

*Harry Potter boxset. I can't find mine and I like to read these books as often as possible.